Login
Not yet a member? Register Here
or
Login with facebook
X Search for another school
Skalooza > Utah > South Sevier High School > Memorials > Heather May Smith Johnson
Back to the memorial list 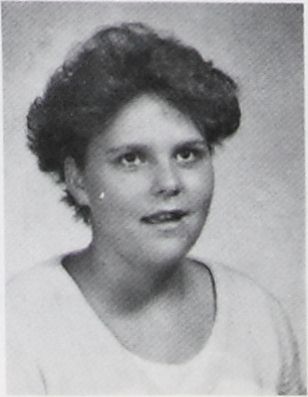 She was the mother of two children, Shambray W. Johnson and Braydon G Bradshaw. She is the daughter of Gary and Carolyn Smith of Hurricane, sister to Randy and (Kristen) Reed, Sean and (Gina) Anderson, Jessie and (Glen) Smith, and numerous nieces and nephews. Also, her granddaughter, Jocelyn Ray Fonseca, which was the light of her life.

Heather was preceded in death by her sister Shelby Ann Smith, and brother Michael Shawn Smith, grandparents E. Daloy and Dorothy Evans and Glenn Smith and Lillian May Whiting.

Memorial Services will be held Saturday October 20, 2007 at 1:00 p.m. at the Joseph Community Center, 25 East 100 North, Joseph, Utah. Family requests no flowers. Burial will be at a later date.


There have been 1 fuzzies left so far.
Sign in if you'd like to leave a fuzzy What's a fuzzy?
A "fuzzy", in this case, is a feeling or an emotion like "I miss you", "I love you", or just "thinking of you". Fuzzies can be left every day.
Comments or Memories
Heather (Doty) Leitner (4162 days ago)
Heather was a great friend and there when I needed her the most and will be dearly missed by me all she touched. We love you Heather!
Sign in if you would like to leave a comment or memory.