Login
Not yet a member? Register Here
or
Login with facebook
X Search for another school
Skalooza > Utah > Ogden High School > Memorials > Paul Edgar Porter
Back to the memorial list 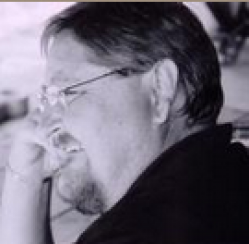 He served a full-time mission for The Church of Jesus Christ of Latter-Day Saints in the Melbourne Australia Mission. On November 22, 1974, he married Beth Elaine Rigby in the Salt Lake LDS Temple.

Paul graduated from Weber State College as a teacher. He was currently teaching at the Clearfield Job Corp. He and his wife were fulfilling a service mission for the LDS church as transition missionaries to Weber County Corrections.

He was preceded in death by his parents and son, Jeremiah Pau
There have been 0 fuzzies left so far.
Sign in if you'd like to leave a fuzzy What's a fuzzy?
A "fuzzy", in this case, is a feeling or an emotion like "I miss you", "I love you", or just "thinking of you". Fuzzies can be left every day.
Comments or Memories
Sign in if you would like to leave a comment or memory.