Login
Not yet a member? Register Here
or
Login with facebook
X Search for another school
Skalooza > Utah > Ogden High School > Memorials > Leslie W. Cunningham
Back to the memorial list 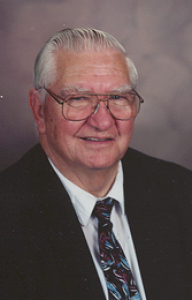 Roy – Leslie W. Cunningham, 83, died February 9, 2011 at McKay Dee surrounded by his loving family. Les was born September 6, 1927 in Ogden, Utah the son of Samuel Robert and Pauline Naomi Storer Cunningham. Les graduated from Ogden High School. He enlisted in the Merchant Marines during WWII and served from August 1945 thru February 1947.

He was preceded in death by his wife Marge; parents; 3 brothers; 3 sisters; 1 grandson and 1 great-grandson.
There have been 0 fuzzies left so far.
Sign in if you'd like to leave a fuzzy What's a fuzzy?
A "fuzzy", in this case, is a feeling or an emotion like "I miss you", "I love you", or just "thinking of you". Fuzzies can be left every day.
Comments or Memories
Sign in if you would like to leave a comment or memory.