Login
Not yet a member? Register Here
or
Login with facebook
X Search for another school
Skalooza > Utah > Ogden High School > Memorials > Verlene Francis Curtis
Back to the memorial list 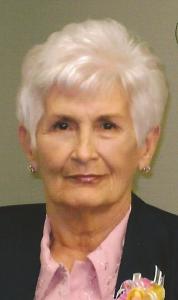 SOUTH OGDEN - Verlene Francis Curtis, 82, passed away Thursday March 31, 2011 at her home in South Ogden, Utah. She was surrounded by her loving family.

She was born on March 22, 1929 in Lake Shore, Utah to Verl Gardner and Lorena Ellett Francis. She started school in Utah County, before she moved to Ogden and attended Ogden High School.

Verlene married Robert V. Bushell on February 8, 1946 and from that union she had four daughters. They were later divorced. She then married Richard W. Curtis on May 27, 1964.

She worked at Hill AFB and the J. C. Penney Company. She enjoyed many different kinds of handwork such as crocheting, quilting and was a great seamstress. She was an avid reader and an excellent cook. She was a member of the Daughters of the Utah Pioneers and was very proud of her pioneer heritage. She and her husband enjoyed traveling, especially the family vacations with their children and grandchildren. She could do anything she put her mind to and loved her family unconditionally.

Verlene was an active member of The Church of Jesus Christ of Latter-Day Saints in the Pleasant Valley 5th Ward. She served in several Relief Society Presidencies - the Counselor over homemaking being her favorite. She was endowed on July 12, 1986.

She was preceded in death by her brother Joseph Ellett Francis, her parents and one granddaughter Michelle Royster.

The family would like to express their gratitude to Legacy Health Care for their excellent care and compassionate service.

We Love You Darlin, Mom and Grandma…from the Crummy Bunch.
There have been 0 fuzzies left so far.
Sign in if you'd like to leave a fuzzy What's a fuzzy?
A "fuzzy", in this case, is a feeling or an emotion like "I miss you", "I love you", or just "thinking of you". Fuzzies can be left every day.
Comments or Memories
Sign in if you would like to leave a comment or memory.