Login
Not yet a member? Register Here
or
Login with facebook
X Search for another school
Skalooza > Utah > Hillcrest High School > Memorials > Aaron Steven Paskins
Back to the memorial list 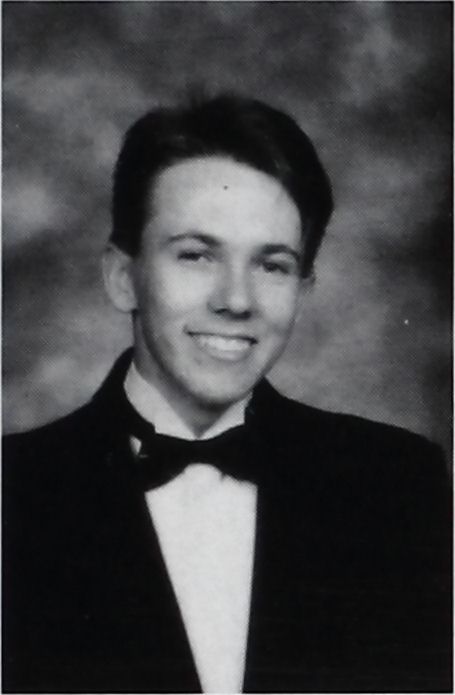 Our hearts are filled with love and memory of our favorite man. Aaron Steven Paskins, 38, passed away December 4, 2013. Born September 25, 1975 to Steve and Kris Paskins in Salt Lake City, Utah.

Aaron was loved and respected by all who knew him. He graduated from Hillcrest High School in 1994. He was an All Star baseball player. After baseball he began playing fast pitch softball and was an outstanding shortstop and batter. He was a gifted athlete. Because of his speed, his teammates called him Roadrunner.

While attending college, he met his soul mate and love of his life, Jamie Lynne Dawson. They were married August 1, 1998. They have three children Kieran Emalee, Dawson Aaron and Gavyn Merrill Paskins. He was a dedicated father to his beautiful children and cherished each one of them with all his being. His last words to his family were “I love you with all my being; hugs and kisses to all.” He enjoyed attending his children's activities and was the proudest father and their number one fan.

At the time of his death Aaron was employed by the Federal Courts as a clerk supervisor. He was loved and respected for his hard work and dedication and loving heart by his colleagues. They celebrated many wonderful times with Aaron and came to love him dearly. We know he cared so much for them as well. He approached life with determination and focus. He was a marathon runner and long distance cyclist. He enjoyed these activities with Jamie by his side and she will continue to run in his honor. He was an accomplished guitarist and could masterfully finger pick in several different styles. He would often play the kids favorite songs for them before they went to bed. He loved a variety of music but his favorite band from a very young age was the Beatles. He loved to go to concerts and share his music with his friends, and children. Aaron lived his life with integrity, hard work, love and compassion. His reputation and character serves as an example to all of those he left behind. We will continue his legacy by striving to live our lives like Aaron.

Our examplanary husband, father, brother, son and grandson is survived by his wife Jamie Lynne and children, daughter Kieran 10, son Dawson 7 and son Gavyn 4. His parents, Steve and Rhondalee Paskins, Kris Stoker Paskins and Terry Burnham, Tom and Janet Dawson, Siblings, Bevan Williams Paskins and his daughter Kailee Jo. Shane, Stephanie Burnham and kids, and Casey, Adri Burnham and kids. Shelly, Cass Christopher and kids, Tammy, Jake Camp and kids, Jennifer, Steve Allen and kids. Grandparents Merrill and Norma Paskins, Noel and Darlene Anderson, and Gail and Glenda Dawson. He will be greeted in Heaven by those who passed on before him especially his favorite cousin Jamie Grundy Finnerty.

Funeral services will be held Saturday, December 7, 2013 at 4 p.m. at Lindquist’s Layton Mortuary, 1867 No. Fairfield Road, Layton. Friends may visit family Saturday from 2:30 to 3:40 p.m. at the mortuary. Candlelight farewell services will follow.

In lieu of flowers please consider donations to the Aaron Steven Paskins Memorial Fund through Zion's Bank.
There have been 0 fuzzies left so far.
Sign in if you'd like to leave a fuzzy What's a fuzzy?
A "fuzzy", in this case, is a feeling or an emotion like "I miss you", "I love you", or just "thinking of you". Fuzzies can be left every day.
Comments or Memories
Sign in if you would like to leave a comment or memory.